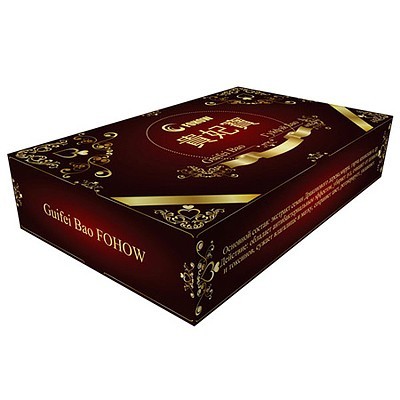 In the year 745 AD thirty-year-Yang Yu Huang came to the palace of the Tang Xuanzong, Emperor of the Tang Dynasty. Due to its amazingly soft skin and incomparably beautiful figure, she immediately charmed the emperor and became his concubine. Soon her three older sisters – and beauty – also became the emperor’s concubines.

Preserved historical evidence, according to which, especially for sisters in the mountains of Lishan Yan Emperor of the Tang Dynasty built a therapeutic baths Huaqing in which concubines bathed from time to time. When they came out of the water, according to eyewitnesses, their beauty was comparable to the beauty of a lotus flower. They have learned the secret imperial original recipe, and their skin like snow remained always beautiful. In troubled times, Concubine Yang was on the run, however, the imperial secret handed down from generation to generation. Unfortunately, false information spread over time, and therefore the recipe of the imperial palace was almost lost.

A team of specialists of the company Phoenix conducted a comprehensive study of this secret recipe “cleaning bosom pearls” of the Imperial Palace, at the same time make full use of modern scientific methods for extraction and highly scientific biotechnology. Ultimately, scientists have developed a unique performance tool that can make all women immensely happy (and their husbands!) – A new product of the Company with the obvious health effect – original tamponizirovannye capsule Pearl Princess FOHOW.

The principle of rehabilitation: action tamponizirovannyh capsules Pearl Princess FOHOW consistent with the basic mechanisms by means of traditional Chinese medicine, where, through targeted therapy focus immediate vaginal lesions, opens peredneseredinny and zadneseredinny meridians, normalizes the balance of yin and yang, cleans and dezintoksitsiruet body, purifies the blood (normalizes the function of the spleen) restores (regenerates) cells, eliminates the processes of decay.